Promises and Pitfalls of the CTO

We explore the role of a CTO, how it can help and how you can leverage a CTO role to your advantage. Business was booming. The software was produced on a high level, everything was working smoothly. All the wheels greased and working in tandem.

But, along the way - something went wrong.

Out of the blue, the wheels started to squeak. The stream of innovative ideas stopped flowing. The technical debt began to snowball. Gathering their pitchforks and torches, employees joined the hunt - searching for the one responsible. They cried in unison, “C-T-O!, C-T-O!, C-T-O!”

But, is the CTO really the only person who should be held accountable for the company’s downfall?


Before pointing fingers at the CTO as the one responsible for a tech tragedy, there are some facts needed to be taken into account regarding the job description and more.

If we try to investigate its history, the CTO role appeared out of need. I’ll explain a bit more.

Once upon a time, there were CIOs – Chief Information Officers, who more often had more general technical backgrounds rather than web development backgrounds, as opposed to their future counterparts. Because of this slight difference, they were closer to the business and couldn’t keep up with the newest technology trends. To complement their business focus, they looked for someone whose sole purpose was to foresee where technology was going – the Chief Technology Officer. Eventually, the role began to evolve with its associated responsibilities being moulded to fit the exact needs of a company. However, it's difficult to pinpoint exactly what differences appeared as a result of the CTO job’s proliferation. To simplify, we identified four main flavours, not including your standard techie turned team-leader - but more complex definitions of the role that can sometimes overlap.

The Four Kinds of CTOs

The IT guy or gal who became a team leader. Not the techie turned team-leader I mentioned before, but the person responsible for running infrastructure and IT operations: data centre, network, application development & maintenance, security and other line functions.
This type of CTO’s main focus is to keep an IT organization operating efficiently. In this case, they don’t act as the leader of everything tech related, but report directly to the CIO who we can call their “right-hand”. This CTO flavour might also operate under the title, VP of Operations.

The CTO who spends their time evaluating how technology can be utilized in the company to:


Their responsibilities include advanced tech knowledge, competitive analysis, technology assessment, prototyping lab, partnering, planning and architecture standards. The value they bring to the table can best be summarized ACME Inc. “Thought Leadership about our Market” whitepaper.

In this case, they also might be reporting to the CIO or in some companies, directly to the CEO. These CTO’s are viewed as the insightful tech leader who colleagues recognizes as “the brain”.

Slightly different that the Big Thinker, "The Visionary" has a higher take on business. This is the CTO responsible for determining how technology can be implemented both in the business strategy, and internally as well. To do this, they require an excellent combination of both business and tech skills to ensure their success designing both the functional and technical aspects of their organization.

This CTO flavour is most often brought on early in the business to help the company get off the ground. Usually, they report directly to the CEO, but sometimes can act as a co-founder and be part of the C-level board where they provide valuable input towards the company decision making process.

This type of CTO focuses their efforts on providing better products and services to external clients, through technology. They are outwardly focused and willing to embrace spheres of innovation that lie both in and outside of the company. Most of the time, they will play a key role in selling products to prospects by making demos and participating in worldwide conferences as company “evangelists”.

In a nutshell, they can be viewed as an intermediary, where their main role is to develop a strategic plan by identifying, tracking and experimenting with new and potentially disruptive technologies.

Now that we have a more in-depth look on how different the role of CTO can be, let’s dive deeper into the pain points they might experience as well as the associated risk factors.

The Pain Points & Shortcomings of the CTO

1. Their scope of knowledge or intervention is limited.

This is absolutely normal and expected. One person simply cannot perform the job or have the knowledge of 5, unless you are some sort of DaVinci. But even he had his limitations.

Say for instance, you specialize in a certain type of technology. While, you might possess some scant knowledge on areas outside of your expertise, it is more advisable to find a professional who can keep you updated on what you don’t know, be it engineering, architecture, security, etc. In this case, they become a facilitator and leader with an overview.

2. They have a wide range of responsibilities.

It is difficult for them to step out of their role to see the big picture. When taking on too much at the same time, it can become difficult to manage a workload. To overcome this obstacle, the first thing they need to learn is when to say “no”. This can be done by including a Total Cost of Ownership analysis before making any business decisions.

For example, say your team plans on developing a new project using Ruby on Rails for back-end. This calls for the intervention of a CTO. The first step is to calculate a TCO, where you analyze the time required for recruitment (which is known to be a time-consuming task) and conclude that internal recruitment will be too costly. Based on your analysis, you can justify saying no to your team with numbers. However, if you do plan to recruit, you can always do this through SkillValue.

3. They focus more on facilitating top-down decision making than technology.

In this case, your CTO is more focused on business decisions than tech. This can cause them to misunderstand or lose sight of the issues their team faces. To solve this, the CTO should have a technology focused informant or to make an effort to engage in a different thinking framework to actively address the problems at hand.

CTOs are often techies at heart who started as talented programmers. Engrained in them is a fervour for all things technical, which sometimes leads a developer to put interpersonal skills on the backburner.

Since the job itself is relatively new, there was no way to predict they would acquire this role. How would a future CTO know beforehand they would need to develop their people skills?

Therefore, some issues can arise when it comes to team management. If you’re asking a CTO to act as a tech expert and HR specialist, you just be spreading them a little too thin.

“One thing you need to take into account before hiring your CTO is this – being a developer and a manager does not represent the same skillset. There are cases when you have best of the both worlds, but not always.” – Benoit Fillon, CTO of SkillValue

On top of all this, the role of a CTO varies based on the company size. For small companies, you have the technology visionary, who is present from the beginning as a talented developer more than a manager. Once you’ve scaled and have a large business with at least 200 employees, you need the external facing technologist who is capable to focus on external problems and has a great internal team to work alongside.

How can I help my CTO & save my team?

There are several tested solutions that can help both the CTO and the tech team to overcome the challenges they are facing, such as:

These being said, your CTO and your team can be helped! Your CTO might be the one to rebuild any business collapse, but they aren’t the only one responsible. There are a number of routes you can take to minimize technical debt and getting your team back on track.
Sign up to PushFar 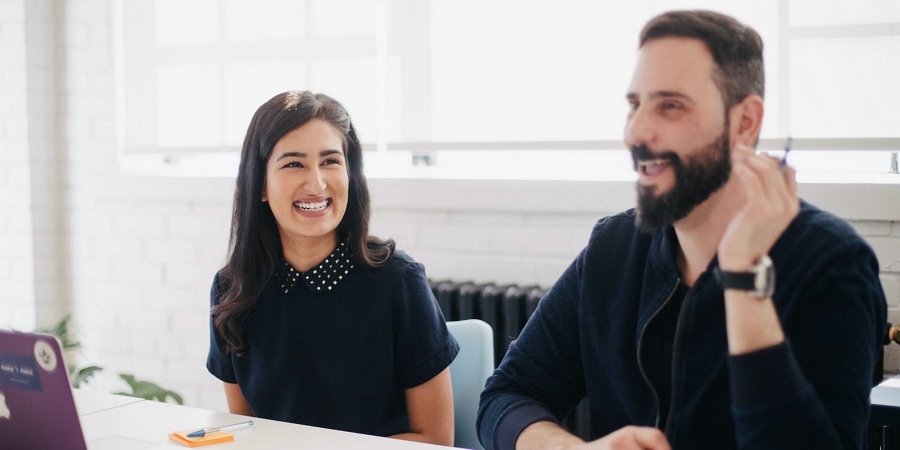 Mentoring is more than an informal conversation every time you meet, it's about creating a trustful connection that blossoms over time. That's why having a distinguished relationship with your mentee is a must if you want them to truly succeed. Mentoring is beneficial for mentors and mentees, with both learning and developing together on a journey. At the beginning of a relationship, including mentoring, we frequently struggle with what to say and how to spend our time together. This is particularly relatable to learning and development relationships, where it's vital to keep an engaging environment going.

Why Senior Leaders Should Ensure Mentoring be on Their Agenda 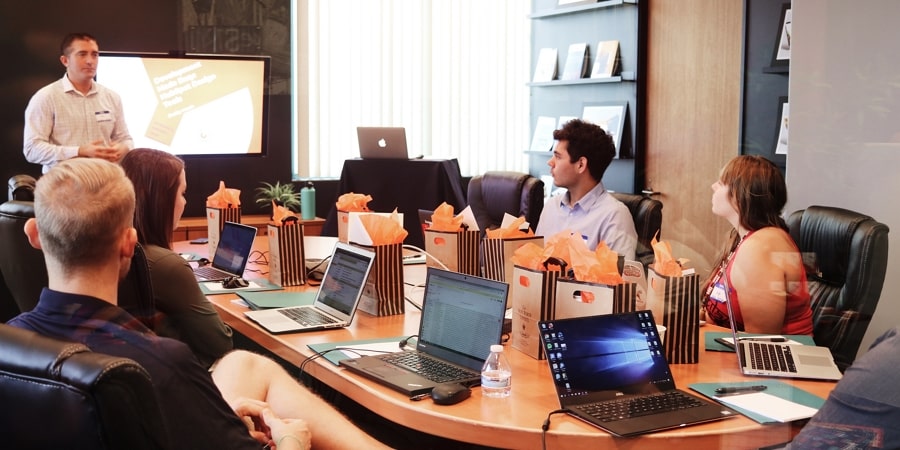 Mentoring is widely recognised as one of the most effective ways in which you can develop. Whether as a mentor or a mentee (someone being mentored), the benefits are far reaching and can truly help with career development, confidence building, learning new skills, networking and far more.

Mirroring Techniques in Mentoring: Role Models and The Role They Play 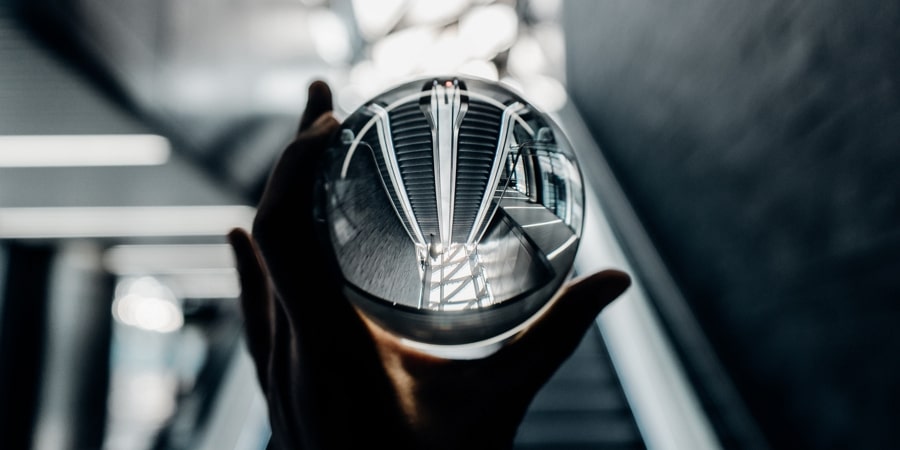 People have always imitated each other. Be they anonymous or famous individuals. Imitation, after all, is said to be the biggest form of flattery. Yes, mimicry plays an important part in our development. Being aware and wary of it is important

What are you looking for in your mentoring journey?